By the time the course opened for play, the first part of the construction was finished. The building included a pro shop, men's and women's locker rooms, and an area in the back that served as the dining room, also known as the Red Room, with a juke box. Also completed was the Olympic-size swimming pool. Several expansions followed adding a larger dining room and expanding the men's locker room, and later a banquet facility and a snack bar by the pool. The building was completed in 1961. 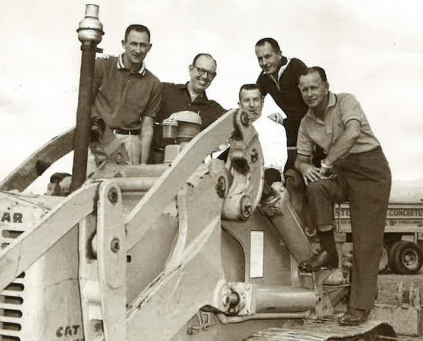